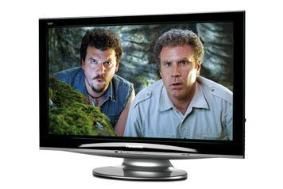 The announcement was made by Robert Scholes, Panasonic Sales Director, at the Intellect Consumer Electronics Conference in London this afternoon.

There's no detailed timescale for the new products, but we're assuming Panasonic will develop flatscreen TVs with built-in Freeview HD tuners, just as it has with Freesat HD, and possibly digital recorders and set-top boxes.

Scholes says Panasonic sold 100,000 Freesat TVs in the first year of Freesat's existence, and only needed to sell 60,000 to justify the move.

Panasonic has also confirmed it will launch a 3D plasma TV, 3D Blu-ray player and discs and 3D glasses "from next year". It's a definite roadmap, not a concept, says Scholes.