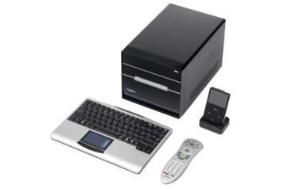 The good news is that these new models will be significantly cheaper than the products they replace, but with almost no changes to the specification. In fact, other than the loss of the digital tuners (which will likely remain as an optional extra), the new entry-level model will be identical to the £1500 XPC 500, but with a £999 price tag.

The next model up is likely to share the same core-components as the entry-level version, but with a massive 1TB hard disk. Finally, the top-of-the-range unit will be almost identical to the outgoing £2000 XPC HD - meaning it has Blu-ray suport and improved graphics and sound components - but with a 1TB hard disk and a £500 discount.

As any regular reader will know, we're big fans of the I.US XPCs, so we're eagerly awaiting the final details and review samples. We're also pleased to announce that the new £999 model will be officially launched at the What Hi-Fi? Sound and Vision Show, which takes place at ExCel London between Friday 31st October and Sunday 2nd November.