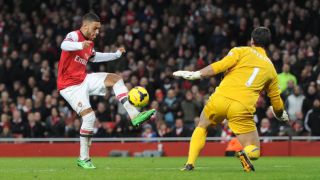 That's because the Sky Sports Open Day is offering free access to all the day's sporting action, from Arsenal vs Crystal Palace on the opening day of the Premier League to live Test match cricket.

If you have a Sky+ HD box and a HD ready TV, you'll also be able to watch Sky Sports HD channels at no extra cost as part of the event – including the new Sky Sports 5 HD and Sky Sports News HQ.

Although this is not the first Sky Sports Open Day to be held, it comes at a time when Sky has been seen to be responding to the challenge laid down by rival broadcaster BT ahead of the new Premier League season.

Sky Sports channels are now available 'on the go' to Virgin Media customers, while the broadcaster has extended its sports (and movies) distribution agreement with TalkTalk.

Meanwhile, TalkTalk has revealed that its Sky Sports Boost package – a monthly subscription model for Sky's sports channels – will be half price for the next three months; £15 instead of the usual £30.

MORE: How to watch the Premier League: online, mobile, TV