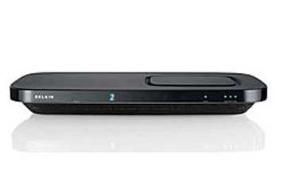 But today the company announced that it's scrapped the plan and FlyWire won't make it to market.

"We realise that its suggested retail price of $1499 (£912) would be out of line given the current state of the economy," says Belkin. "With that in mind, we've opted to halt production of FlyWire."

Belkin admits some potential customers will be disappointed, but says its goal is "to introduce products that are accessible and that make sense in the current environment".