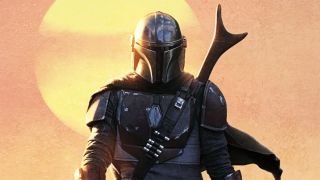 The third season of The Mandalorian has reportedly already entered pre-production, months ahead of the second season's October premiere.

According to Variety, the creator of the hit Disney Plus TV show, Jon Favreau, has been working on the script for season three of the popular Star Wars spin-off series for some time – even though a third instalment hasn't yet been green lit by Disney.

With many departments needing long lead times, other studio divisions have been gearing up for another block of shooting too. The art department, for example, led by Lucasfilm vice president and executive creative director Doug Chiang, has already been busy creating concepts for the third outing of the bounty hunter series.

Mandalorian fans were lucky enough that filming for season two wrapped just in time before the coronavirus lockdown began, but to know that season three will probably follow right behind will be sweet Star Wars music to their ears.

Ahead of October's The Mandalorian season two curtain raiser, we know that Briarpatch star Rosario Dawson will be taking on the part of Ahsoka Tano, Anakin Skywalker’s apprentice - a role popularised by the Clone Wars animated series.

With Disney already working on two other Star Wars TV shows – the Obi-Wan Kenobi series with Ewan McGregor, and a Cassian Andor series starring Diego Luna – it seems pretty likely that the official thumbs up for The Mandalorian season three won't be far behind.