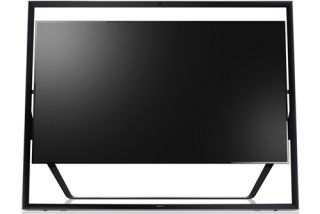 Announcing the release of the TV, Richard Jones, Selfridges' Technology Buying Manager commented that the Samsung S9 "is the world's first Future Ready UHD TV, the quality and design breaks new boundaries in the world of HD TV.

"Our customers expect the latest and finest technology for their homes and personal use. We hope to pioneer the way forward in the latest releases and Samsung is exactly this."

For those with money to burn, the Samsung S9 4K Ultra HD TV is availble now.

UPDATE: The TV has now been joined by 55in and 65in 4K TVs from Samsung.