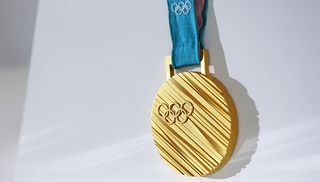 Elsewhere, though, TV broadcasts of the Games are available in 4K HDR.

4K resolution is comprised of images with 3840 × 2160 pixels, the most currently available on consumer AV equipment (although 8K and even the potential for 10K content is in the works). HDR, meanwhile, is a technology that shows the greatest range of colours available from black to white.

The 4K HDR broadcasts are a result of work done by the Olympic Broadcasting Services (OBS) and Japan’s NHK - the latter of which collaborated with the BBC to make HLG content like Blue Planet II.

The option to broadcast in 4K HDR has been picked up by NBC in the United States - its top-tier subscribers will be able to enjoy the Games in as much glory as is currently technically possible. In fact, OBS and NHK intend to capture upwards of 90 hours of the competition in 8K video, which will be downscaled for its NBC transmission.

Yiannis Exarchos, CEO of the Olympic Broadcasting Services, said "OBS is proud to continually provide and facilitate the very latest technology to its broadcast partners”.

“The performances of the best athletes in the World deserve to be captured with the best broadcast technology available.”

The Games, which start today and end on February 25th, are being broadcast in the UK by the BBC. It seems unlikely iPlayer will carry 4K images, as the BBC has been very quiet on the subject.