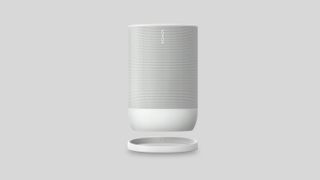 Sonos is to layoff 12% of its global workforce and close its New York store due to “uncertainty and challenges stemming from the COVID-19 pandemic.” The smart speaker giant will also close six satellite offices, according to a document filed with the with the Securities and Exchange Commission.

“The pandemic and resulting economic impacts have caused us to have to make some hard choices, including reductions to our workforce, and the closure of some of our smaller offices and our storefront in New York City," Spence told The Verge. "These changes are necessary in order for us to emerge from this period ready to take advantage of opportunities we see in the future.”

The news won't come as a huge surprise to shareholders; in May the multi-room speaker maker announced it would undertake a key spending review in an attempt to "tighten" operating costs and "preserve liquidity."

The company is thought to have around 1450 employees, but there's no official word on when the process will begin or who will be affected. Sonos estimates the cuts and closures could cost the company up to $30 million.

The news prompted rumours that Apple could swoop in and buy the struggling speaker giant. Indeed, a June 22nd report published by investment expert Andrew Left, of Citron Research, claimed that an Apple-led takeover is "likely" and could help Apple gain an advantage over smart speaker rivals Amazon and Google.

Shares in Sonos shot up 22% in the wake of Left's report but Apple has so far remained tight-lipped and it seems a little far-fetched to us.

It's been a turbulent few months for Sonos. The company recently announced that it was countersuing Google in a mounting feud over patent infringement.

The best Sonos deals and sales

Sonos Radio launches with over 30 stations