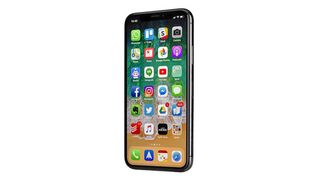 Apple deals may generally be few and far between, but occasionally there are savings to be had. And this is one of those occasions.

With the iPhone X approaching two years old, Best Buy is offering $200 off the 64GB, unlocked version in 'space gray', making it now only $699.

The iPhone X combines a stunning screen and impressive audio with an attractive design and great battery life. It's not the latest iPhone off of Apple's conveyor belt, but for $699 it's great value.View Deal

The X may have had a successor – the XS – for a few months now, and will be once again surpassed by another new iPhone in November, but it still remains a fantastic handset that, at this new price, will make the iPhone accessible for those who can't stretch to the XS's $999 price tag.

The iPhone X's highlights are an "absolutely gorgeous" 5.8in OLED display, a sound that is "only really topped by dedicated music players" and "one of the most adept smartphone cameras" we had tested by late 2017. It also introduced a new design that scraps the home button.

The newer XS has HDR 10 support and Dolby Vision, a more powerful Bionic chip and improved speakers, but for $300 less the iPhone X is very tempting indeed.