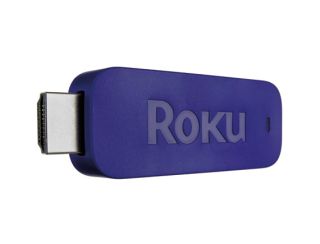 According to Zatz Not Funny, Roku is launching the 4K Roku Streaming Stick+ (apparently the official, albeit not-so-catchy, name) later this year, as well as a newly designed remote that offers more TV control functions.

Taking stick form, the new streamer will rival 4K dongles such as Google Chromecast Ultra and the (alleged) upcoming Amazon Fire, as well as 4K HDR boxes like the Apple 4K TV.

Roku has dabbled with 4K HDR support in the likes of its Premiere+ and Ultra boxes – neither of which have officially made their way to the UK market – but this would mark the first time the company has delivered it in stick form.

As well as offering 4K HDR content from Netflix and Amazon, we’d also expect it to feature Roku’s own movie-focused channel.

Like the existing Roku Streaming Stick, it will supposedly plug directly into a TV like a USB key - although whether it will replace the stick or is an addition to the line-up is not yet clear.

What we do know is confirmation should be just around the corner, with Roku typically announcing new hardware around this time of the year.