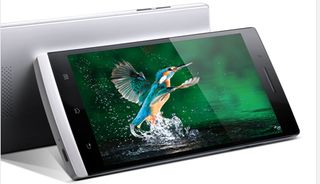 Oppo has revealed details of its Find 5 smartphone, one of the world's first phones to sport a 1080p full HD screen.

The Oppo Find 5 will also include Dirac HD sound technology, the company responsible for the popular Dirac HD Player app.

Also on board the Oppo phone will be the Android Jelly Bean 4.1 OS, a 13-megapixel camera and the ability to record 1080p video.

It will also come with 2GB RAM, a 1.5GHz processor and 16GB storage, plus support for DLNA. Certainly on paper, the Oppo Find 5 sounds mighty impressive.

The Find 5 is set for release in China initially, though Oppo promises "selected markets" will get the phone in early 2013, reports The Next Web.

Oppo is better known in the UK for its DVD and Blu-ray players, which aim to major on sound quality and universal format compatibility.