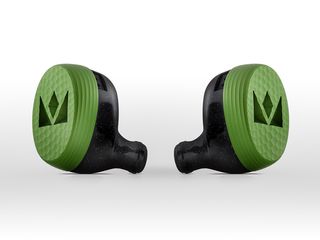 If that price sounds a little on the steep side, you should know the Sages feature Noble's bespoke drive units, as seen in its Katana (£1350) and new Kaiser Encore (£1,699) models. So relatively speaking, they are more affordable.

The Sages feature Noble Audio's new proprietary driver technology, and replace the Savant model, bringing with them some key updates.

First, the new balanced-armature driver configuration promises a more refined and capable sound. The vented bass-port of the low-frequency driver has been repositioned and the aperture increased, making for "increased low-end extension with greater texture", as well as slightly more responsive bass.

MORE: The £3699 oBravo EAMT-1s - the world's most expensive in-ear headphones?

The Sages look just like the Savant model they replace, with precision-machined aluminium housings. Each pair is handmade in the US.

They feature a detachable cable with industry-standard two-pin connection, so you can upgrade with your own cable if you like. They also come with a crush-proof carry case, black velvet soft pouch, 12 pairs of ear tips (four types in three different sizes), two Noble Audio bands or amp bands, a cleaning tool, and a Noble cable and ownership card.

The Kaiser Encores, meanwhile, replace the flagship Kaiser K10U. So what's different? They look the same, but add Noble's proprietary drivers. These should improve performance in the midrange, adding clarity and a more neutral tonal balance. Ten drivers per earpiece help them reproduce the full frequency range, with greater imaging accuracy and enhanced spatial representation. Noble claims they should sound more like an on-ear model than in-ear.

They're also smaller and lighter than the K10Us.

Both the Sages and Encores are on sale now from nobleaudio.co.uk.