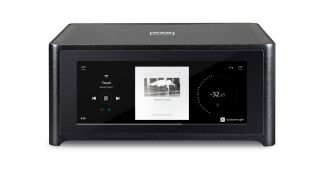 With Apple AirPlay 2 becoming increasingly ubiquitous, NAD has wisely decided to get in on the action. It's released a free software update for its latest streaming amplifier and DAC, gifting users with direct streaming from Apple devices and Siri voice control.

If you're the lucky owner of a Classic Series C 658 BluOS Streaming DAC or Masters Series M10 BluOS Streaming Amplifier, you can download the Apple Airplay 2 software update now.

Customers will be prompted to update to version 3.4.20 of BluOS, NAD's proprietary multi-room platform. Once installed, AirPlay 2 will allow you to stream music services, podcasts, audiobooks, movies, games, YouTube audio, TV sound and stored music from an iPhone, iPad, or Mac.

The fun doesn't end there, though. If you're an Apple Music subscriber you'll be able to control playback using Siri voice control, meaning you can 'ask' your hi-fi to play a certain song.

Feeling a bit left out? NAD has also released a BluOS 2i MDC module pitched at owners of older kit. Once plugged into the relevant upgrade slot, the £400 device  can add BluOS multi-room streaming and AirPlay 2 functionality to NAD's C 368 and C 388 amplifiers.

Either way, you'll be able to stream your favourite playlists to other AirPlay 2-supporting products around your home. Thinking about splashing out on a NAD streaming amplifier? AirPlay 2 might just have sealed the deal.

Apple AirPlay 2: Everything you need to know