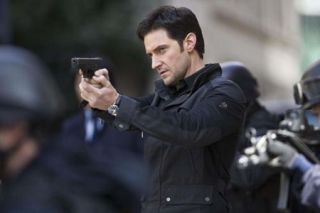 With Netflix due to launch in the UK and Ireland during the first quarter of this year, arch rival LoveFilm – owned by Amazon – has upped the ante by signing content deals with the BBC and ITV.

Under the terms of the deal, LoveFilm will have the rights to show archive programmes such as Dr Who, Spooks, Prime Suspect and Above Suspicion.

LoveFilm has also signed up BBC Worldwide, giving it access to shows such as Whitechapel, Life On Mars and Planet Earth.

And last month it struck a deal with Sony Pictures Television for the rights to films such as The Social Network and Salt, while in November it signed up Warner Bros.

The rush to grab content deals shows no sign of abating. Netflix announced a range of new deals in November, signing up BBC Worldwide, and the film studios Lionsgate UK, Miramax and MGM.

In response, LoveFilm has embarked on a large-scale marketing campaign featuring TV and billboard ads since Netflix announced its UK and Ireland ambitions late last year.