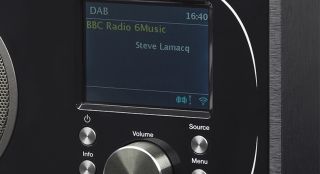 The Q1 report from Radio research firm Rajar says 50.9 per cent of all radio listening in the first three months of this year was digital. This figure is up 8% year on year, and marks the first time digital has accounted for over half of radio listening.

The new figures mean the government will almost certainly consider a review of the future of FM radio soon. After scrapping plans to shut down analogue radio in 2015, it announced it would only consider a full switchover when 50 per cent of people consumed radio digitally and 90 per cent of the population was covered.

"Whereas in years gone by my predecessors would today be eyeballing their competition across the UK radio sector, our competition isn't even based on this island. The new competition set is global," he said at the Radio Festival.

Streaming services may be "the new best friend to music" but "they have set their sights on radio".

However, he also stated that he believes “BBC radio - in fact, all UK radio - plays an even more important role in the lives or our audiences”, and earlier this year said he thought audiences were best served by a “mixed economy” of FM and DAB (Digital Audio Broadcast) radio.