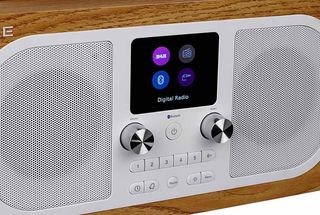 "We need to do more in the UK before we consider a switchover and for that to be genuinely led by the audience," said Shennan. "We are fully committed to digital and we believe we should review the landscape again in a few years' time."

He continued to say he believes audiences are best served by a “mixed economy” of FM and DAB (Digital Audio Broadcast) radio - not least as many cars on the road aren’t fitted with DAB radios, and DAB coverage can still be unreliable in some areas. The cost of standalone digital radios has decreased in recent years, however.

The FM switch off began in Norway last December, and while analogue radio was originally due to be shut down in the UK in 2015, the Government scrapped its plans after it emerged that not enough listeners had made the switch to DAB. It announced it would only consider a full switchover when 50 per cent of people consumed radio digitally and 90 per cent of the population was covered. With digital listeners now making up almost 50 per cent of consumers, those plans are due to be reviewed later this spring.