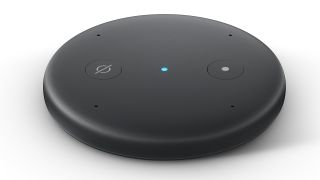 Are you ready for a new lady in your life? Have you considered that lady could be an intelligent virtual assistant? If so, you're in luck, as Amazon is offering savings on a host of devices powered by Alexa, the company's personal assistant, just in time for Valentine's Day.

You can save on the latest Amazon Echo (2nd Gen) smart speaker, the Echo Spot and the new Echo Show, both of which come with a screen for video, and the Echo Input, the new device for adding Alexa to an existing system.

As well as these Echo speaker offers, today's Amazon deals also include new lower prices on its Fire tablets. The Fire 7, Fire HD 8 and Fire HD 10 have all been treated to new low prices. Bonus. Check out all the Amazon deals and prices below.

The new Amazon Echo 2 is cheaper, looks smarter and is better at hearing your commands,  remaining a good buy for someone after Alexa functionality and a sound better than what's offered by the Echo Dot.View Deal

The Echo Input is not a technological revelation, it’s simply an Echo Dot without the speaker. But, crucially, Amazon has maintained the quality of the Echo experience. Of course, the main benefit over other Amazon products is that you can use the Input with virtually any powered speaker set-up, including your existing kit.View Deal

You might want your smart speaker to have a screen, of course - which is where the Echo Spot comes in. The Spot is a small, round speaker that looks like a clock, with the same built-in voice assistant and functionality of the Echo Dot. View Deal

The Echo Show expands upon the Spot with a larger touchscreen and introduces a unique feature: video and voice calling so you can call people with an Echo or who have downloaded the Alexa app.View Deal

A fusion of the Amazon Echo speaker and Fire TV stick, the Cube plugs into your TV via HDMI, giving you access to the range of apps and streaming services as well as voice smarts and a speaker.View Deal

A cheap and cheerful tablet that's good value for money, and now at a ridiculously cheap price. Despite some performance flaws, there’s little to really dislike about the Fire 7 for the money. View Deal

You are going to need to really like Amazon and its services for this tablet to make sense, but when it comes down to getting the best performance for your money, this shows budget tablets how it can be done. And it's now super-cheap. View Deal

This What Hi-Fi? Awards 2018 winner is another Amazon-centric tablet, but it's a brilliant budget one thanks to its solid picture and sound. It's a fine buy indeed - not least at under £100.View Deal