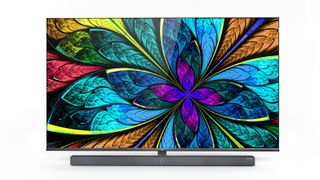 TCL is set to showcase its next generation of mini-LED TVs at CES 2020. Next week, the Chinese manufacturer, who last year became the first TV brand to produce a TV utilising a mini-LED backlight, will share the developments it has made in the panel technology that, like OLED, is being pitched as an affordable ‘better than LCD’ solution.

While similar in name to Micro LED – the highly premium albeit very expensive to produce panel tech that Samsung is pedalling – mini-LED is actually markedly different.

While a Micro LED TV, such as Samsung’s  The Wall and Sony’s Crystal LED TVs, dedicates a self-emissive LED to each of its millions of pixels, mini-LED is much less intricate, advancing but also heavily drawing on traditional LCD TV tech.

While Mini-LEDs also rely on a backlight to produce a picture, they use much smaller (and therefore a great deal more) LEDs than normal LCD TVs do, giving the manufacturer greater control over local dimming (i.e. how bright or dim the screen can go). Theoretically as a result, consumers get pictures with more precise lighting and shading and, in turn, colour reproduction than typical LCD TVs, not to mention a higher peak brightness than an OLED TV is capable of.

TCL is naturally pitching mini-LED, which for now can be seen as a transitional technology between traditional LCD and MicroLED, as an affordable alternative to OLED. TCL's first mini-LEDs only arrived a few months ago, so we look forward to seeing how these all-new enhanced versions shape up. For one, they will have what TCL is calling Quantum Contrast technology, which it says "has been established with tens of thousands of individual Mini-LEDs powering TCL’s most premium models for a display that delivers unrivalled contrast and brilliant clarity".

We hope to learn exactly what other developments TCL has made during the company's CES 2020 press conference on Monday (6th January).

The best TVs you can buy