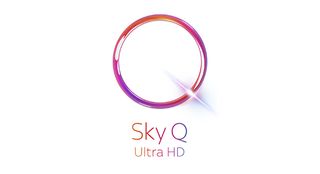 Sky has followed through on its promise to launch a 4K Ultra HD service in time for the summer. Saturday 13th August will see a whole host of Sky UHD content available to watch on the Sky Q platform at no extra cost (provided you already pay for the relevant subscription package). Expect to see live Premier League football, on-demand movies, dramas and natural history programmes.

Ahead of Sky 4K content arriving, all Silver set-top boxes will receive a firmware update during the course of July, to make sure everyone who is able to take advantage of the upcoming 4K service can do so from the very start.

Although you'll be able to watch Ultra HD programmes in all their 4K glory, Sky has decided to hold fire on delivering 4K content with HDR, for now at least. At the announcement, David Cameron, Sky's Director of TV Experience, said "HDR as a standard hasn't quite settled down yet. I think when it does, we'll look at moving forward".

Once your Silver box has received the 4K update, you'll be able to set its video resolution output to 2160p manually through the menus or you can wait to be prompted the first time you try to watch a piece of 4K content.

The Silver box will then be set to output (upscale) all content to 4K resolution even when you're not watching a native UHD programme: "we made the choice to upscale everything to 2160p to have a consistent experience, so as not to have the box chopping and changing between resolutions".

4K content is in short supply at the moment, so Sky's Ultra HD service will be a welcome boost. The service looks set to kick off with the first of 124 Premier League matches scheduled to be broadcast in 4K over the 2016/2017 season. Reigning champions Leicester City start their defense of the title against newly-promoted Hull with a 12:30pm kick-off on 13th August, followed by Bournemouth versus Manchester United and Arsenal versus Liverpool, both of which will be broadcast in 4K on the Sunday.

Sky also announced around 70 movie titles will launch in 4K on Sky Cinema over the coming months (42 at launch), including a premiere of The Martian in UHD. Everyone's favourite secret agent, James Bond, will make his first 4K appearance in November, courtesy of Spectre.

Other movies will be a mix of rentals through the Sky Store or select free downloads from Sky's extensive catalogue. 4K rentals purchased through the Sky Store will be available to all Sky Q Silver box owners at a cost of £6.99 for new releases and £5.99 for library titles. The list of additional titles includes The Revenant, the entire Ghostbusters and Men In Black box sets, Minority Report, The Godfather, Jerry Maguire and the Spider-Man trilogy.

There will be a total of five dramas available to view in 4K on Sky Q at launch, including Series 1 and 2 of The Blacklist.

Sky is also planning to make a number of its own commissions, with Jude Law’s upcoming miniseries, The Young Pope, the first to be shot in 4K for Sky Atlantic.

The July update will also see a few subtle changes to the Sky Q platform, designed to help you skip through content and consume box-sets more easily.

The way the touchpad remote searches a programme will be tweaked so you can to skip through programmes minute-by-minute. Hold your thumb on the touchpad and search will speed up, backwards or forwards, depending on which side of the d-pad you're pressing.

Sky Q will also be able to auto-download and auto-play episodes from any box set you're watching. Episodes will automatically download in the background and your Sky Q box will queue them up for when the credits roll. You'll then have 30 seconds to decide whether to continue or if you want to jump out of the box set and watch something else.