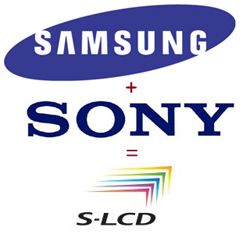 The plan to end the seven-year joint venture first came to light in October, as Sony desperately tried to turn around its loss-making TV division.

Samsung, meanwhile, has gone on to become the world's largest maker of TVs and flat screen panels.

"Under the agreement, Samsung will acquire all of Sony's shares of S-LCD Corporation, the two companies' LCD panel manufacturing joint venture, making S-LCD a wholly owned subsidiary of Samsung," Samsung Electronics said in a statement today.