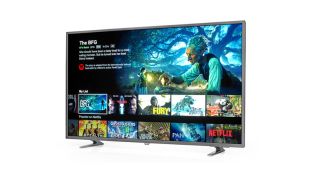 TP Vision, which manufactures and markets Philips televisions, has teamed up with Bowers & Wilkins for "a new multi-year exclusive partnership".

While the details of the partnership have not yet been revealed - we'll have to wait for the first product to come out of this pairing - the aim is pretty clear: better sound on Philips TVs, courtesy of Bowers & Wilkins.

Happily, we may not have that long to wait - the companies say the "first glimpse of the potential of the new partnership will be unveiled at the IFA Show in Berlin later this year".

If the new TVs' speakers get anywhere near B&W's normal standards, it'll certainly make them stand out in the current TV market - and, with several recent Philips televisions getting the five-star treatment, this full package may well make for some enticing products.

What Hi-Fi? Podcast: Sonos Beam, Denon and Marantz receivers, and the World Cup