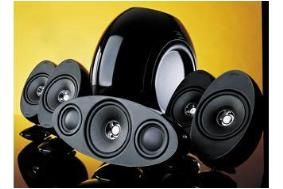 A more affordable version of the Award-winning KHT-3005SE, with the Kube-2 subwoofer instead of the HTB2SE, will be available from August 1st.

This will be joined by the KHT3005SE-W in September – that 'W' flags up the inclusion of a wireless version of the HTB2SE subwoofer.

The satellite speakers in both new '3005SE packages are expected to remain the same.

Moving on to the KHT2005.3 package, and the existing model will also be joined by a system using a sub from the KUBE range, this time the KUBE-1, to be called the KHT2005.3-K1.

We will have a review of the KHT3005SE-K2 in our September issue, out July 29th, and reviews of all the other systems as and when we get them.

Expect more news of the updates to the KHT range in August. In the meantime, check out some sizzling summer discounts on the current KHT speaker range.