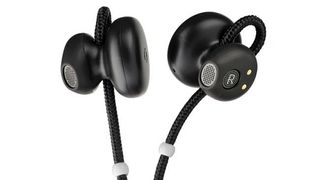 Google has a new set of wireless headphones in the works, according to an anonymous source, and they should launch in just a couple of weeks.

The Google Pixel Buds 2 will follow Google's original Pixel Buds wireless headphones, which launched back in 2017, the source told 9to5Google. They will most probably launch at Google's next hardware event, Made by Google on 15th October.

Not much else is known about the headphones. Will they have a cable connecting the two earbuds like their predecessors? Or will they be a 'true' wireless pair like the Apple AirPods and new Echo Buds? Hopefully we'll find out in a couple of weeks.

The original Pixel Buds were a little underwhelming, earning three stars in our review. Google recently updated the firmware to fix an issue with audio lag, however.

The Made by Google event should also see the launch of Pixel 4, a new Nest Mini smart speaker, new Nest Wifi and the Pixelbook Go laptop.