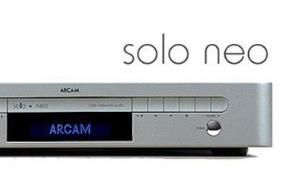 It also has a USB connection for playing digital content from a memory stick or an external hard drive.

Arcam's Solo Neo is expected to go on sale in the second quarter of 2010. Find out more in our video report from CES 2010.