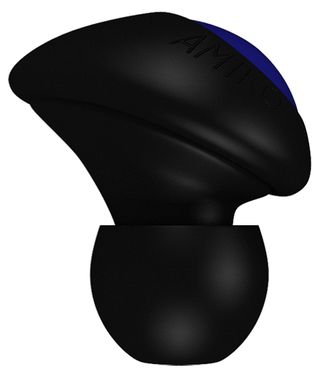 A personal assistant in the form of the computer that fits into your ear – the concept that has led to the development of a new wireless in-ear "headset" from Moscow-based Amiko.

With Bluetooth 4.0 on board, Amiko lets you listen to your music – among other things – courtesy of a noise isolating speaker with wind reduction and mono sound output mode.

The firm has now taken to crowdfunding platform Kickstarter to help make the earphone a reality, and hopefully follow in the footsteps of other enterprising launches seen in 2014.

Amiko is billed as "the future of handsfree technology" and also gives you a chance to control a range of other Bluetooth-enabled products, while tracking your workout as well.

Its audio element comes with a frequency response of 20-2000Hz and impedance of 16ohms. It has a built-in rechargeable battery with less than an hour's charging time.

Amiko says the battery delivers four hours of talk time or six-and-a-half hours of fitness tracking. Other features include a multi-core processor and 2GB of flash memory.

In addition, there's also an Amiko App promising a "fully personalised experience that will bring your headset to life" and can be customised to suit your individual needs.

A spokesperson for Amiko said: "After over two years of planning, programming, and designing, we are proud to announce that Amiko is finally here."

Amiko is the latest product that we've seen arrive on Kickstarter with the promise of wireless playback on the go, and the latest looking to take the concept of the earphone to a new level.

Earlier this month, we heard about Earin – a pair of earbuds that come with no connecting cable and leaves you with just two individual 5g buds that can be placed into your ear.

Can Amiko become the latest Kickstarter success? The campaign runs for 30 days and we'll be sure to keep our eye on its progress over the coming weeks.