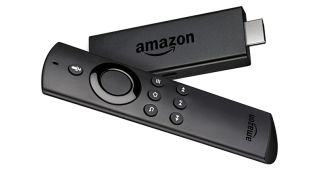 Information is thin on the ground, but it's believed the new device will connect straight to Amazon's existing Fire TV streamers and have its own built-in hard drive (Amazon's current boxes don't provide a storage option).

You'll be able to record video onto the Amazon DVR and stream it to a smartphone (or, we're assuming, a tablet) to view at your leisure.

Amazon already provides access to live TV through its Amazon Channels service. Launched back in March, the service allows Prime customers to subscribe to individual channels for such as Discovery, Eurosport and ITV Hub+. It's also struck a deal to stream 20 live Premier League matches across two weekends from the 2019/2020 season.

The proposed device sounds like it has the potential to turn Amazon video streamers, such as the Fire TV Stick with Alexa (2017), into an offering similar of Sky Q. Sky's "fluid viewing" feature allows you to stream and download recorded content from certain channels onto compatible smartphones and tablets.

There's no word on how close the DVR is to launching, but it would definitely be an interesting addition to Amazon's current arsenal of products.