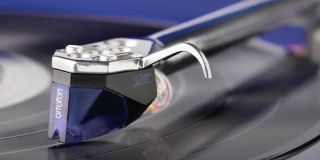 It’s been 100 years since two Danish engineers founded the Electrical Phono Film Company, and 67 since the company changed their name to Ortofon A/S and expanded into phono cartridges.

Fast forward to today and it has several ranges of cartridges, from the entry-level 2M Series (with a £80 starting price) to its MC Quintet and four-figure SPU ranges. Despite turning 100, and in light of the enduring vinyl revival, Ortofon looks as fresh as a daisy.

And to mark being alive and well, it’s launched a special edition stylus.

Other than to mark the anniversary, the reason behind the new stylus is purely to promote cartridge upgrade - for owners of budget to midrange turntables that are looking to take their first steps on the upgrade path, or are perhaps ready to change their Ortofon 2M Red or 2M Silver.