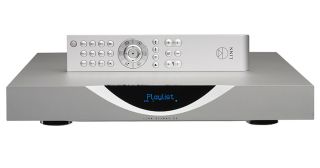 Until Monday 27th August, legacy Linn products can be traded in for a 10 per cent discount off new Linn products.

This was previously the case with its sources, such as its network music players, but the summer promotion extends it to the rest of the company’s catalogue - from speakers to amps to systems.

Exceptions to the offer include products under the following headings: turntable components and other LP12 upgrades, cartridge part-exchange values, upgrades and accessories, and custom install.

The list of legacy products that can be traded in to receive the discount can be found here.

Linn has also decided to align the price of its Klimax DSM to that of its Klimax DS (pictured), as it believes the DSM’s HDMI connection is an ‘expected’ feature in streaming products these days. The DSM also has optical, coaxial and balanced XLR inputs over its sibling.