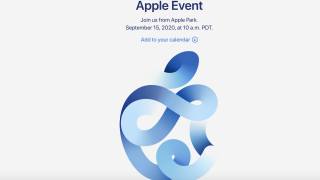 It looks like we have a possible date for the iPhone 12 launch: Tuesday 15th September. According to Apple's website, the company is to hold a special event – streamed live from Apple Park on "Sept15, 2020, at 10am PDT".

According to the cryptic invite, the event is titled 'Time Flies', so expect to see the iPhone 12 launch alongside a new Apple Watch and iPad.

Apple normally announces new iPhones in September, but there's been much talk of a delay to the iPhone 12 – said to be Apple's first-ever 5G phone. Either way, you'll be able to watch the event here at 6pm BST.

"Looks like I was correct about there being a Press Release today, just not about what was in it," tweeted Prosser after Apple dropped the official invitations.

Bloomberg's Mark Gurman got it right – he correctly predicted that today's press release wasn't for a shiny new product, but for a date of a virtual launch. If Gurman is right again about next week, Apple will finally take the wraps off the much-anticipated iPhone 12.

Plus, there's a strong possibility we'll catch our first glimpse of the Apple Watch Series 6 range, which is rumoured to include an entry-level plastic variant, alongside the existing metal and ceramic timepieces.

It's also highly likely we'll see a new 10.8in iPad Air, sporting an upgraded Liquid Retina display in line with the iPad Pro. Finally, keep an eye out for the long-rumoured AirTags – Apple's GPS tracking tags that can be fixed to your most treasured possessions.

Our fingers are crossed for an appearance from Apple's rumoured AirPods Studio over-ear headphones and potentially a new Apple Homepod wireless speaker. With the leaks coming thick and fast, we'll keep you updated with news of what you can expect to see throughout the week.