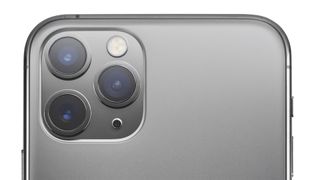 The iPhone 12 release date, unofficially scheduled for September, could be delayed until October or November. That's the indication from Qualcomm’s Chief Financial Officer Akash Palkhiwala, who recently told investors that the chipmaker's earnings could be affected by "a partial impact from the delay of a global 5G flagship phone launch”.

Palkhiwala didn't specially name 'Apple' or 'iPhone', but analysts expect Apple's first ever 5G phone to feature Qualcomm's industry-leading 5G modem, which has already popped up in Samsung's flagship smartphones. Considering the timeline of phone launches for this year, it doesn't seem likely to refer to a different phone either.

Apple typically launches a new iPhone every September, but it looks like the coronavirus pandemic may have nixed those plan. "That slight delay pushes some of the units out from the September quarter to the December quarter for us,” added Palkhiwala. (Qualcomm's 'December quarter' covers October, November and December.)

Analysts reckon Apple will want its latest flagship iPhone in stores well before the holidays, so we can assume that the iPhone 12 will arrive in October or November.

The tech giant is set to launch a number of iPhone 12s, all with 5G capability. They include the iPhone 12 (rumoured to have a 5.4in OLED screen), iPhone 12 Pro (said to have 6.1in OLED display) and iPhone 12 Max (with a possible 6.7in OLED display).  And there's plenty more where those iPhone 12 rumours and news came from, too.

Qualcomm also warned investors that it expected 5G handset shipments would be "15 per cent lower year over year" in the quarter ending in September, partially due to the possible iPhone 12 delay. It's not all doom and gloom, though, the company still expects between 175 million and 225 million 5G handsets to be shipped in 2020.