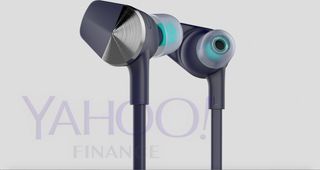 Fitbit is rumoured to be bringing out a pair of headphones in a similar style to Apple's Beats X earbuds, according to images leaked exclusively to Yahoo Finance.

Codenamed "Parkside", the phones will come in two colours, 'Nightfall Blue' and 'Lunar Gray', with a slightly metallic accent. Sources say the headphones will be priced around $150 (approximately £115).

We don't know much about the headphones yet, but would be surprised if they didn't feature some sort of health tracking software, similar to the Bose SoundSport Pulse. This could include a heart rate sensor to track and record data to Fitbit's iOS and Android app or to its own smartwatch.