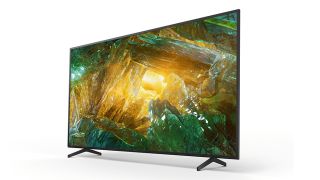 Sadly, we are still awaiting figures for the company’s forthcoming ZH8 8K LCD TV and A8, A85 and A9 Master Series 4K OLEDs. But if your 2020 TV ambitions don't reach to such lofty heights, you may well be interested in making one of these lower-ranging (yet still feature-packed) Sonys – which are available now – your next TV.

The top-ranging XH95 ranges from £1199 for the 49in and £3999 for the 85in, although the 55in, 65in and 75in that they sandwich are without prices yet. They boast many features of the higher-ranging Sony 2020 OLEDs, including Full Array LED panels, the company's flagship picture processor, a newly developed sound system and support for Netflix Calibrated, IMAX Enhanced, Dolby Vision and Dolby Atmos. There’s Android TV with built-in Chromecast, too.

The XH85 range brings those figures down to £949 for the 43in model and £999 for the 49in set, due to them being edge-lit designs with no local dimming. They mirror the above XH95 series' features but sport Sony’s less advanced processor.

Panasonic 2020 TVs: everything you need to know