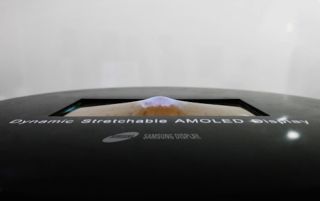 We have seen flexible screens before. Indeed, LG launched one at ISE 2017, but Samsung has taken the technology one step further with the world's first "stretchable" panel.

According to Korean news agency Yonhapnews, the panel is due to be revealed at the Society for Information Display 2017 conference in Los Angeles this week, and will "open a new era for the industry".

While previous panels could only bend one way, this screen can bend in both directions. Samsung claims the display can stretch up to 12mm without losing quality in its resolution.

It's expected that we'll see a 9.1in version of the stretchable OLED panel, which is expected to be used on Internet of Things products, such as wi-fi enabled smarthome devices.