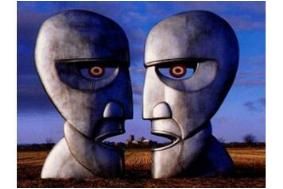 The band's latest record deal, signed with EMI before the age of downloads, said individual songs must not be sold without the band's permission.

While the deal was made with CDs in mind, the band successfully argued this deal should apply to digital music downloads, too.

EMI has moved to assure people that Floyd tracks would remain for sale individually: "Today's judgment does not require EMI to cease making Pink Floyd's catalogue available as single track downloads, and EMI continues to sell Pink Floyd's music digitally and in other formats."

Earlier this week, Robert Howe QC, appearing for the group, said the the band's deal with EMI stipulated that their albums should not be split up and that they "wanted to retain artistic control".

Other artists, such as The Beatles and AC/DC, and less notably Kid Rock, have also resisted selling their work as singles on iTunes, preferring to point punters towards complete albums.