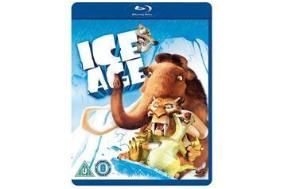 Both will be available for free to UK buyers of Panasonic's DMP-BDT300 3D Blu-ray player via a voucher redemption scheme.

The deal was announced at Panasonic's 3D UK launch party at Air Studios in London. Panasonic UK managing director Keith Evans says: "We get used to TV innovations, but every so often there comes something truly epoch-making – 3D is it.

"Panasonic is the only brand that gets close to bringing the Hollywood 3D experience into the home."

The Panasonic deal on Ice Age and Coraline means that those 3D discs won't be available in the shops until 2011.

Samsung has a similar 12-month exclusive on Monsters vs Aliens on 3D Blu-ray (available as part of an optional bundle with two pairs of active-shuttter 3D glasses) as well as Shrek 3D.

With such a limited selection of 3D discs available at launch, it will be interesting to see if Sony follows a similar path and restricts its own Cloudy With A Chance of Meatballs 3D release to its customers.