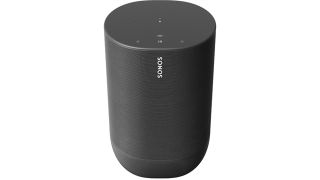 The multi-room mogul sent out an invite last Thursday to two press events for early September, and since then details of two forthcoming products have emerged from new FCC filings, as reported by The Verge.

Sonos has filed two products, the S17 and S23. The former is categorically the most interesting, described in the filing as “a high-performance wireless speaker and part of the Sonos sound system. The device’s primary function will be for streaming with Wi-Fi, but also features Bluetooth audio streaming and Bluetooth Low Energy, used for simplified setup.” The inclusion of Bluetooth functionality strongly suggests the new speaker's portability, while built-in wi-fi will naturally leverage networking streaming as is the case in across Sonos' speaker catalogue.

On the weekend, Zatz Not Funny gave us our first look at the new speaker (above), too. It's familiarly spherical, albeit rounder (and reportedly taller and wider) than the Sonos One, with a touch control panel mirroring that on Sonos' existing smart speaker, too.

With wi-fi and Bluetooth sitting side-by-side, we could finally have a Sonos speaker that can be used both in the home to stream networked music and outside, untethered, to play music from Bluetooth sources. We pray that's the case – and it looks to be.

According to The Verge report, the new speaker utilises a base station for charging (the station can also be re-charged via UBS-C). It supposedly has buttons for switching between Bluetooth and wi-fi mode, and, like the One, it supports hands-free voice control over Amazon Alexa or Google Assistant – although not in Bluetooth mode.

As for mystery product S23, it's thought to be a next-gen Sonos Connect. The old-timer, which connects to existing systems to grant them network streaming, is certainly due an upgrade. Considering the Sonos Amp (the amplified version, more or less) landed earlier this year, a refreshed Connect would make sense.

Naim Mu-so Qb 2: the all-in-one system inside a compact cube