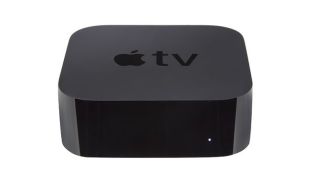 A new Apple TV media streamer could be on the way. References to new Apple TV hardware have been spotted by 9to5Mac in the tvOS 13.4 beta code, which was released earlier this week to developers.

The next-gen device, which carries the codename 'T1125' (the current Apple TV 4K is tagged 'J105a' while the standard HD model is 'J42d'), could have a more powerful chip. That'd be good news for gamers as a more powerful processor should improve the performance of Apple Arcade games.

We expect 4K and HDR (both in HDR10 and Dolby Vision flavours) to remain on the new box, and perhaps we could also see HDR10+ support this time? The addition of that Dolby Vision-rivalling format would put the Apple TV on equal footing with the HDR support of the Amazon Fire Cube. Could it also borrow the Fire Cube's useful IR feature that lets you control your entire system via the streamer?

Other features on our wish list include HDMI 2.1 compatibility, in-line with the HDMI standard supported by new TVs. With such additional features alongside Apple's excellent performance and substantial 4K HDR library, we could have a new favourite streamer on our hands.

We know what we want from Apple's seemingly impending next-gen streamer, but we'll have to wait patiently – perhaps until Apple's annual spring hardware event in March – to find out whether it will oblige.