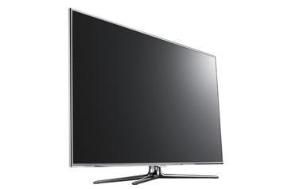 We're at Samsung's 2011 product launch in Budapest today and tomorrow, where we hope to get full details of the Korean giant's forthcoming 2011 ranges of TVs, Blu-ray players and home cinema systems.

The opening press conference has just started, and here are the highlights so far:

• Samsung claims to be market leader in Europe for TV, Blu-ray and home cinema products

• 'Any content, any time, anywhere' is the theme of Samsung's Smart TV technology

• Daniel Danker from the BBC talking about the changes brought by Smart TV: "Normal viewing peak for broadcast TV is 8pm; with on-demand TV it's 10.30pm."

• Danker again: "‘If you look at the percentage of on demand versus linear viewing, it's still mostly linear. That model won't go away, but on-demand is allowing the world of linear broadcasting to be supplemented by new content. It's a growth in TV consumption. Being able to get any piece of content on any device will become a part of our media landscape.

"When it comes to the 2012 Olympics, at the BBC we'll have much more content than we can possibly broadcast on what is essentially a limited number of channels. On-demand and IP delivery, then, is the only way to get the sheer quantity of content available to audiences. It adds an incredible degree of choice."

• Samsung's D7000 and D8000 TVs will transmit live broadcasts from the TV, wirelessly, to all new Galaxy devices. Nice. (We have an exclusive First Test of the Samsung D8000 in our April issue, on sale March 10th)

• New 3D glasses are said to be the world's lightest at 28g. New charger will charge four pairs at a time