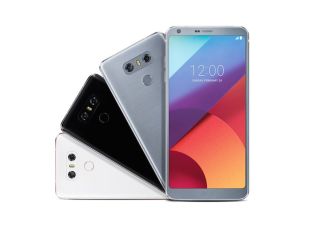 LG's G6 smartphone, which has been the subject of heavy rumours prior to its release, has finally been announced at Mobile World Conference 2017.

The announcement confirms some of rumoured features, including its 18:9 'FullVision' display - LG claims that Amazon will create more content to suit this specific aspect ratio.

The 5.7in screen boasts 2880 x 1440 resolution and is also bright enough to support both HDR10 and Dolby Vision HDR content. The ill-fated Galaxy Note 7 supported HDR 10, but support for Dolby's HDR format is a world first for a smartphone.

On the audio side, the phone has a 3.5mm jack for wired headphones, and aptx HD Bluetooth for cord-cutters. The phone also features a high-performance Quad DAC - there's no modular B&O DAC like there was with the G5. The disappointing news is LG has confirmed the version with the Quad DAC won't be available in Europe.

The G6 isn't lacking in power. Behind the bezel-less Gorilla Glass screen is a powerful Snapdragon 821 processor, 32GB of storage and 4GB of RAM. That, plus a 3300mAh battery, powers its Android 7.0 operating system.

For a more detailed look, be sure to check out the LG G6 hands-on review.