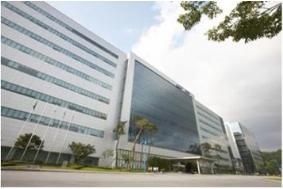 Neither company is yet confirming the deal, but the language used in each party's comments suggests the joint venture – thought to have been brokered during Sony boss Sir Howard Stringer's much publicised meeting with Samsung chairman Lee-Kun-hee in May – is very much on the cards.

It's thought discussions about the 11th-gen joint venture began in earnest after Stringer's visit to Korea, when he had a dinner with Lee at the Samsung boss's home. If, as is expected, it goes ahead, it will give Samsung a major technology lead in the LCD market, being the first to use the new glass.

11th generation glass uses the largest sheets of material to date: at 3mx3.32m, the glass is particularly well suited to the production of larger screen sizes, as more large display panels can be produced from a single sheet with less wastage.

The two companies already make displays from 7th- and 8th-gen glass, and it's expected a decision may be made early in 2011, which would mean 11th-gen production could start in time for 2012-2013 model introductions.

A Sony statement earlier this week said that 'Co-production of the 11th generation LCD panel with S-LCD, a joint-venture between Sony and Samsung is under consideration. Details about investment size and production date haven't been decided yet.'

The Samsung line is that 'We can't mention specific things about the project, since the final decision hasn't been made yet. However, if the contract goes well, it will be helpful for Samsung because it could secure a stable source of demand.'

Meanwhile, reports from China say that both LG and Samsung have got the go-ahead from the Chinese government to build new LCD panel plants to make displays for the local market.

LG has partnered with top Chinese LCD manufacturer Skyworth to take a 70% stake in an 8th-generation LCD panel plant to be built in Guangzhou. It's thought LG's investment will be in the region of £2.5bn.

Samsung looks set to build its own factory in Suzhou, producing 7.5th-generation glass, at a cost of some £2bn.