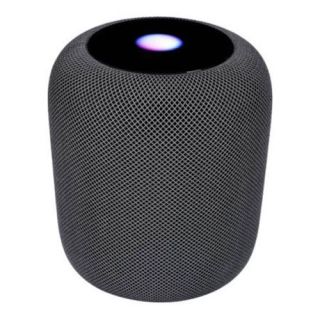 As with a lot of Apple's products, the HomePod smart speaker isn't one we see discounted very often – especially not by this much.

Best Buy has dropped the five-star smart speaker to just $199.99 - a saving of $100 over its previous price. That's the lowest price we've ever seen it online and matches that offered by the retailer during Black Friday last November.

The icing on the cake? A four-month free Apple Music subscription for new users who buy the HomePod.

The HomePod deal is available on both the space grey (pictured) and white versions, although we aren't sure for how long...

Apple HomePod smart speaker $199 at Best Buy
The HomePod is the best-sounding, most music-oriented smart speaker currently available, with a compact, solid and stylish build, good integration of Apple Music and Siri, and a weighty sound.View Deal

If you're after a smart speaker but on the fence as to which one to buy, know that this is the best-sounding speaker out there.

We may find it very Apple-centric – best suited to dedicated owners of iOS devices, then – but it's easy to recommend for its vast feature set and class-leading sonic weight and authority. A stellar buy at its original price, a sublime one at $200.

Show More Deals
We check over 130 million products every day for the best prices
No comments yet Comment from the forums
What Hi-Fi? Newsletter