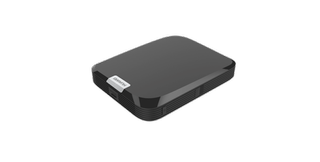 The Huawei Q22 set-top box will include support for Dolby Vision, adding to the list of Vision-supported devices. That list already includes TVs, such as LG’s range of 2017 OLED TVs and Bang & Olufsen's BeoVision Eclipse, Blu-ray players, including the Oppo UDP-203, and streaming sticks, such as Google Chromecast Ultra.

MORE: Dolby Vision HDR: everything you need to know

While HLG (Hybrid Log Gamma) is the HDR format set to be used for broadcast TV, Dolby Vision support is supported by video streaming service apps including Netflix and Amazon Prime Video. If support for those apps is built into the Q22, it will open the door for owners of TVs that don't currently have access to them.

As yet, it is unknown whether Huawei's set-top box will support 4K or Dolby Atmos, but we'll keep our eyes peeled for further details.