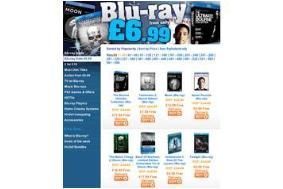 Alternatively you can pick up Public Enemies and Gladiator: Special Edition for £18 in Play's 'Two for £18' deal. Or how about The Bourne Ultimate Collection for £17.99?

And if you need a shiny new Blu-ray player to add to you home entertainment system, Play will sell you our Award-winning Sony BDP-S360 for £120 including three free Blu-ray films (Angels & Demons, Slumdog Millionaire and Terminator Salvation).

For these and hundreds more bargains head on over to the Blu-ray section on Play.com.