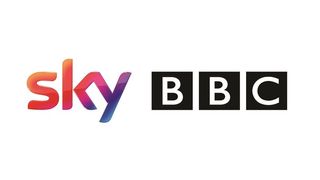 You might think the BBC and Sky would be the last TV broadcasters to join forces, but the two heavyweights have just agreed a new partnership which will seem them collaborate across content and technology.

The new deal sees the immediate deployment of the BBC iPlayer app and red-button service on Sky Q. Users have been able to access BBC content through Sky's built-in catch-up service, but this move now gives them more direct access to the iPlayer and all its content.

Sky customers will also be able to access more children's content from the BBC which will be packaged as box-sets. CBBC and CBeebies shows such as The Worst Wtich and Topsy & Tim will be available to watch through the Kids section of Sky Q.

The press release states the two companies are also "exploring a range of other partnership opportunities" including the expansion of the BBC Sounds music streaming platform to Sky and NowTV platforms. There's also been a commitment to BBC content being available on Sky's "future TV platform", whatever that might be.

As part of the partnership, the BBC will also have access to Sky's AdSmart targeting technology, which could serve more personalised programme ads for individual users based on their favourite shows and genres.

Stephen Van Rooyen, CEO UK & Ireland, Sky, said the partnership is "a great example of how UK broadcasters can work together for the benefit of viewers and the industry".