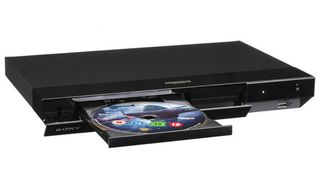 If you've just snapped up a tasty Black Friday TV deal, or are about to, and are already thinking about purchasing a 4K Blu-ray player to go with it, we've found a not-to-be-missed deal for you.

in the Amazon Black Friday sale, the Sony UBP-X700 is now $101 off, making it just $149. That's the lowest price we've seen it at, with competing US retailers such as Best Buy and Walmart offering it for $180 and $178 respectively.

This Sony spinner is one of our favourite of the year, having just picked up a 2019 What Hi-Fi? Award for its crisp, natural-looking and excellently detailed picture. We called it out for its value – and that was before this price drop!

Sony UBP-X700 4K Blu-ray player $150 at Amazon
"The X700 is a fantastic player that makes watching 4K discs an affordable reality... [delivering] a stunningly natural 4K picture for an affordable price," as we said in our five-star review.View Deal

The Sony supports 4K discs with HDR10 and/or Dolby Vision HDR, as well as, of course, standard Blu-rays. As is typical for 4K players, it also supports all surround-sound formats, including the latest Dolby Atmos and DTS:X soundtracks.

We've seen the price of this Sony fluctuate on Amazon.com in recent days, so if you're impressed by this deal (and why wouldn't you be?!), we'd advise snapping it up to avoid the risk of its price going back up.

The best soundbar deals ahead of Black Friday 2019