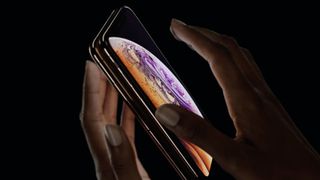 The iPhone may not be the only Apple product to use an OLED display in the future.

The Cupertino giant sources its OLED screens exclusively from Samsung Display – one of the world’s largest OLED manufacturers – but reportedly hasn’t fulfilled its order of screens as per the contract, supposedly due to slowing iPhone sales since the adoption of OLED in the 2017-launched iPhone X.

It’s being reported that Apple owes Samsung Display hundreds of billions of won to satisfy the agreement, and that a repayment could see Apple mounting OLED displays on more of its products, including tablets and notebooks.

According to industry representatives, as reported by ETNews, Samsung Display and Apple have been discussing how to solve the penalty but have not yet ‘found a clear solution’. "We know that Apple has offered multiple options to Samsung Display, including conditions for adopting OLEDs for other products such as tablets and notebooks," said an industry official, according to the report.

Whether we’ll see an OLED-toting iPad is still very much conjecture, but it’d be nothing but great news for the consumer (so long as it didn't push up the price too much). The benefits in colour and contrast performance that OLED panels are capable of is notable, with the iPhones boasting some of the best displays on a smartphone. As we said in our iPhone XS review, “the introduction of an OLED display on the iPhone X set a new benchmark for the brand’s phones. And the 5.8in, 2436 x 1125 resolution screen from that handset is carried over to the XS with equally enticing results”.