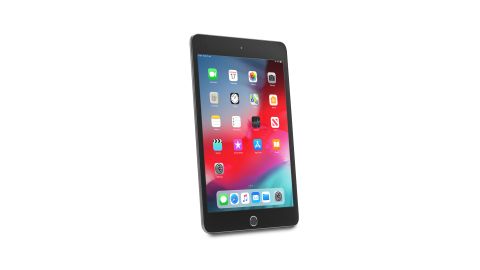 The looks haven't changed, but under-the-skin improvements make the latest iPad Mini even better than before

The market for tablets has been stagnant for a while, with manufacturers who once focused on tablets now having barely a passing interest. But no one seems to have told Apple – there are now no fewer than five models to choose from in its iPad line-up.

The newest model in that five-strong line-up is the fifth-generation iPad Mini, the first new iPad Mini since 2015. Unlike previous Minis, which have had cut-down specs compared to their full-size siblings, the new Mini features plenty of cutting-edge tech. In fact, it crams the specs of the new iPad Air into a more portable chassis – and it has the highest pixel density of the current iPad line-up.

It’s more expensive than the outgoing model, which was £319, and it isn’t even the cheapest model in the new line-up, with the standard iPad undercutting it by £80. Judged by screen size alone, that might seem ludicrous, but while the Mini is the smaller of the two iPads in question, it’s also undeniably the mightier in terms of screen tech, power and storage.

The iPad Mini’s form makes it the perfect portable cinema. At 7.9in, the screen is significantly more cinematic and immersive than that of even the biggest iPhone, the XS Max, which measures 6.5in. That 21 per cent increase in display real estate is the equivalent of going from a 55in to a 65in TV. At the same time, the iPad Mini remains lighter and more portable than its bigger siblings.

The dimensions of the iPad Mini 2019 (also known as the iPad Mini 5) are identical to those of the outgoing iPad Mini 4. Put the two devices side by side and it’s hard to spot the differences – the antenna section at the rear of the tablet is the only real indication of a new model. It was black on the iPad Mini 4, but is the same colour as the rest of the body of the new iPad Mini.

Those who already own an iPad Mini 4 will have few reasons to upgrade to the new model from a design point of view, then, but for those eyeing up a Mini for the first time it’s worth pointing out that it’s a fabulously constructed, premium-feeling device that blends portable lightness with reassuring heft. We might have expected the bezels at the top and bottom of the display to shrink, but at least those areas serve as places to rest your palms.

At first glance, little has changed, but under the skin the new iPad Mini has received a few upgrades. The main one is the processor: Apple’s A8 chip, which first appeared in iPhones in 2014, has been replaced by the A12 Bionic, which you’ll also find in the iPhone XS and XR.

Storage options have changed, too, with the 16GB, 32GB and 128GB versions having been retired, leaving 64GB as the entry-level option and 256GB being a rather expensive upgrade (£150). Keeping the 128GB option and pricing it between the two would have offered a better option for many.

The standard version of the iPad Mini is wi-fi only, but an extra £120 buys a version that supports mobile data. The new Mini supports the Apple Pencil (£89), albeit the first-gen version, which lacks the neat wireless charging of its successor.

The front-facing camera has been given a real boost, jumping from 1.2MP to 7MP, and from 720p video to 1080p – a worthwhile upgrade if you use your iPad for video calls. The camera on the rear is unchanged but will take 8MP photos with HDR and 1080p video.

The 2019 iPad Mini comes with the latest version of iOS 12 pre-installed, but the previous generation iPad Mini 4 will also run it – albeit not nearly as slickly, thanks to the comparative lack of power. The button at the bottom of both models doubles-up as a fingerprint sensor, but neither has Face ID support.

It’s a little disappointing that the stereo speakers are still at the bottom of the display (in portrait orientation) as it means sound only comes out of one side when watching a film or TV show in landscape. At least there’s still a headphone socket, making better sound easy to achieve.

Most importantly (at least as far as we're concerned), the new Mini’s display is more advanced than before. It’s still an LCD and, at 7.9in, it’s still the same size. The resolution is unchanged, too, at 2048x1536. But it’s also a little brighter, less reflective, supports wide colour gamut for the first time, and has Apple’s True Tone tech, which adjusts the display’s colour temperature and brightness based on ambient light.

To cut a long story short, the iPad Mini 2019 is better with video than its predecessor. Play IT from the iTunes Store and, while both models support the Dolby Vision codec, the new model offers a significantly more dynamic picture than the old.

Not only is it vastly brighter and punchier in the bright scenes, it also offers far more distinctive highlights and a lot more shadow detail in the frequent, grizzly dark scenes. Add subtly more vibrant colours and you’ve got a more sophisticated picture all round.

General sharpness and detail are unchanged, but the previous iPad Mini was brilliantly crisp and insightful, and that remains the case here. The improved contrast helps to reinforce those sharp edges, making the image pop from the screen more effectively.

Our only complaint is that actual black depth isn’t great. That it’s an LCD panel, and not an OLED, is obvious when watching a widescreen film in a dimly lit room. At this price, an OLED display was never really likely, but it’s disappointing that the new Mini’s predecessor actually goes blacker. It’s particularly noticeable when watching something set in space, such as Star Trek: Discovery.

The iPad Mini (2019) has stereo speakers located along its bottom edge, which means that sound comes out of only one side of the tablet when you’re watching content in landscape mode. It is particularly noticeable when you hold it close. Positioning speakers at either side of the display, as Apple does with its higher-end phones and tablets, would have been preferable.

The speakers are an improvement on those of the old Mini, though, proving louder, crisper and more dynamic. But for anything approaching serious listening, you should plug in a pair of headphones – something that’s made straightforward by the inclusion of a 3.5mm headphone socket.

With headphones, the sonic comparisons between new and old Mini are surprisingly similar to those found when listening via the speakers. The general, neutral tone remains, with no artificial bass-boosting, but there’s greater punch, dynamism and detail. And the outgoing iPad was already solid in those regards.

Outwardly, the new iPad Mini doesn’t look like much of a departure from its predecessor, and even some of its improvements, including to the camera and touchscreen pencil, will be wasted on those who use it purely as a media consumption device.

But both the picture and sound have been improved for the new model, while retaining the general balance of the already excellent outgoing one. The iPad Mini (2019) feels significantly snappier in use, too, and the Mini 4’s sluggishness will only become more pronounced with each new version of Apple’s iOS.

So, should you upgrade? We certainly think the extra punch to the picture makes it worthy of consideration. And if you’re looking to buy a compact tablet for the first time, this is undoubtedly the best available.

AirPlay 2: Everything you need to know