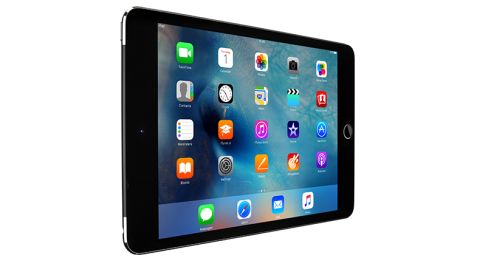 With its tweaks, upgrades and plenty of attention to detail, the iPad mini is better than ever in its fourth generation

Last year was far from a classic year for the iPad mini. We still gave its third generation five stars for performance, but it was ultimately little more than an iPad mini 2 with a fingerprint scanner. This year, Apple’s smallest tablet has come out swinging.

Amidst the fanfare around the launch of the iPad Pro, the iPad Mini 4 was only given a passing mention, but that’s no reason to underestimate it – there is plenty of new stuff here to get your teeth stuck into.

The design might be a familiar one, but Apple has made the iPad mini 4 18 per cent slimmer than its predecessor. It’s now an iPad Air 2-matching 6.1mm, and at 299g it’s lighter too. Add this to its recognisable premium metal finish and this is still the best looking smaller tablet on the market.

As beautiful as its unibody design is, the memory remains resolutely unexpandable, so you’ll have to opt for a storage level that suits you in the long term.

We’d strongly recommend skipping the 16GB version altogether unless you’ll be doing little more than streaming videos – the 64GB or 128GB will give you more freedom to enjoy all the apps and functionality the iPad has to offer.

Back on the iPad mini 4 is Apple’s TouchID fingerprint scanner, which is as reliable as ever, if not quite as fast as the improved version on the iPhone 6S. As well as unlocking your iPad, this can be used with Apple Pay in shops and online stores, including the App Store.

As ever, you can get the iPad mini 4 in your choice of wi-fi only or wi-fi + cellular for using with a SIM card. Both versions benefit from faster 802.11ac wi-fi built in.

While there’s seemingly nothing new to the mini 4’s screen from the outside – it still offers the same 7.9in, 1536 x 2048 Retina resolution display – beneath the surface, there are a few changes.

The mini 4’s screen has had the same work done on it as the iPad Air 2. That means the cover glass, LCD and touch sensor layers have been fused together to make content and icons feel much closer, creating a more immersive experience.

It works, but more noticeable is the change it has on the overall picture. Colours are still as natural as ever, but pop with a touch more vibrancy. There’s a touch more detail too, with the added sharpness helping bring out more depth in textures and firming up edges and outlines.

Contrast sees an improvement too. Blacks delve even deeper than before, while retaining shadow detail and whites bright enough to punch through murkier scenes.

It all comes together to produce a video performance to be reckoned with. We haven’t seen a small tablet that’s able to deliver the same balance of rich, yet realistic colours, detail and contrast.

This might not be a 2K screen, but when the results are this good, it doesn’t have to be.

The screen is also more sensitive, tracking your touch more accurately, plus there’s a new anti-reflective coating for reducing glare by up to 56 per cent. It’s a noticeable improvement when using the mini 4 outside.

Audio performance is as strong as ever. Apple’s rich, well-organised character is immediately recognisable, with a great tonal balance and a clean, refined sound that makes it really easy to listen to.

It’s insightful too, with plenty of detail and an impressive level of rhythmic handling for a device of its type. It doesn’t hold back when it comes to attack either, equally capable of making sense of a busy dance track as it is something more calm and considered.

In fact, we think Apple might have just upped its game on the audio side of things this year. Previously, it had begun to slip against the likes of the Sony Z3 Tablet Compact, but this year it feels like its holding its own again.

Detail levels are more on a par, and there’s a touch more weight and solidity in the bass that helps give it an overall more confident character.

There’s still no high-res music support, but when the standard res performance is this good, we can’t say we miss it.

Under the hood, there’s Apple’s own 64-bit A8 processor and the M8 co-processor, working together to deliver a quoted 30 per cent speed boost and 60 per cent faster graphics.

We can certainly vouch for that. Everything you do – from swipes and zooms to app loading and multitasking­ ­– feels that little bit slicker and more immediate. It’s a joy to use, and never kept us waiting no matter how much pressure we put it under.

If you’re into games, the iPad mini 4 is a wonderful way to play them. They run smoothly without any sign of dropping frames, and graphics are richly realised, from the beautiful landscapes in Machinarium to the crashes in Real Racing 3.

The mini 4’s boost to 2GB of RAM has allowed for a handful of added multi-tasking features too, including Slide Over and Split View. These allow you to swipe right to left to bring up a vertical bar of apps you can open up alongside whatever you’re currently in.

When you choose one, you can then adjust the window width to suit and interact with both independently.

Secondly, Apple has introduced Picture in Picture – the ability to shrink down a video from Safari or Apple’s native Video app or a Facetime call and move it around the screen to allow you to carry on doing other things without missing out.

Both features work well and are welcome additions… even if they have been available on Android for some time.

If the camera is a consideration, the mini 4’s are better than ever. The main camera has jumped from 5MP to 8MP, while the front-facing iSight cam has been improved for better shots in low light.

The rear snapper captures sharp, well-balanced images in good light and the iSight camera produces less noise for better Facetiming. Both also include new features like 120fps slo-mo and timelapse recording for getting a little more creative with your shots.

There’s no doubt that the iPad mini continues to dominate the smaller tablet market, and its fourth generation comes with more tricks up its sleeve than ever.

Of course there are Android alternatives that offer strong competition, but when it comes to answering the question of which small tablet offers the best all round experience, the answer, for now at least, is undoubtedly Apple shaped.