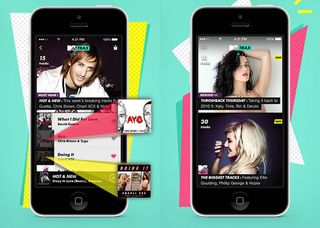 And we start with the news that MTV is unveiling its own branded music and video streaming apps next month, with the music version – MTV Trax – to make its debut as a direct-to-consumer service in the UK from 3rd March.

However, UK audiences will have to wait a little longer for video counterpart MTV Play. The two services are launching in Europe and will be available direct through MTV and bundled as part of mobile operator tariffs.

Tata Sky launched its 4K set top box last month [January] and the ICC has confirmed that TV rights holder Star Sports has committed to 4K coverage of fixtures that will include the semi-final and final of the competition. In the UK, Sky is rumoured to be launching a 4K box in the next few months.

The ICC might be pushing ahead with 4K broadcasting at this year's World Cup, but it appears that the International Olympic Committee (IOC) has already ruled out the prospect of an Ultra HD Games in Rio de Janeiro next summer.

IOC Olympic Broadcast Services CEO Yiannis Exarchos told the Hollywood Reporter that there had been no demand for 4K content from its rights holders: "We have to take our cue from broadcasters", commented Exarchos.

New reports from Japan are suggesting that Apple is in discussions with Japan Display with regards to the possibility of funding the construction of a new LCD Display factory, with the tech giant poised to invest around $1.7bn.

According to 9to5mac, the plant will make the same type of display that you'll find on current flagship iPhones. But it could "eventually" change to OLED for a future OLED iPhone.

Kustom: The Ego Has Landed

Spanish company Kustom has introduced a new high-end smartphone that it says brings together "design, handicraft, leading-edge technology and fine jewellery", all into one mobile device that'll cost you a mere €9000.

The Ego, as it has been called, contains a high-speed dual core processor and runs Android 4.4.4. B&O Play in-ear headphones come with the handset, along with a 5in display, 2GB RAM and the ability to customise its exterior.

MWC 2015 is fast approaching and LG is planning to use this annual mobile extravaganza to announce the debut of its new mid-range smartphones – a line-up that will comprise four devices.

The range consists of the 5in Magna, the 4.7in Spirit, the 4.5in Leon and the 4in Joy, all of which are expected to run on Android 5.0 Lollipop and come with many of the features found on its premium smartphones.