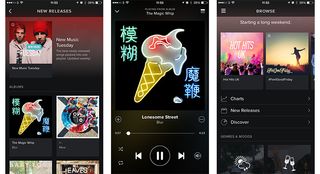 Spotify has released today a new, curated playlist called Release Radar. Similar to the Discover Weekly feature that’s updated every Monday, Release Radar is a personalised playlist that includes up to two hours of new music from artists you follow and often listen to, as well as some new musicians based on your listening history.

Matt Ogle, the Senior Product Owner at Spotify, says the “huge amount of new music released every week [makes it] difficult to keep up with the latest tracks.”

Specification and personalisation provide the key focus for this new feature, in contrast to Spotify's already existing New Release Friday UK playlist. And, according to the company, “the more you listen, the better it gets”.

Release Radar is available on both the web and mobile versions of Spotify, as well as its iOS and Android apps.

MORE: Listen to the What Hi-Fi? Spotify playlist